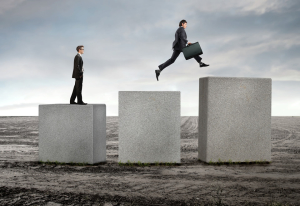 JURISDICTION OF THE MAGISTRATES’ AND SMALL CLAIMS COURTS

DID YOU KNOW THAT YOU CAN NOW BRING A CLAIM OF UP TO R400 000 IN THE REGIONAL COURT?

The monetary jurisdiction of the Magistrates’ and Small Claims Court has recently increased, making the courts a little bit more accessible and affordable. Although it is not the major increase that some had hoped for, it should make a difference in the accessibility and affordability of the courts, especially as a claim of over R300 000 that previously could only have been heard by the High Court, can now be brought in the Regional Court.

The new thresholds of monetary jurisdiction, with effect from 1 June 2014, are as follows:

Minister of Justice and Constitutional Development, Jeff Radebe, announced these changes on 17th March 2014 at the opening of the new Kagiso Magistrates’ Court. The increase in the monetary jurisdiction forms part of the efforts of the Civil Justice Reform Programme (CJRP) to provide a speedy, affordable, simple and accessible civil justice system for the adjudication of civil disputes by the courts.

The Gazette with the Regional Court Jurisdiction changes can be found here:http://www.northernlaw.co.za/documents/news_flash_documents/Determination%20of%20Monetary%20Jurisdiction%20for%20Causes%20of%20Action%20iro%20Regional%20Divisions.pdf

Welcome to the Michael Matthews & Associates official blog. Let us know how you feel about our blogs and do leave a comment, your feedback is important to us.