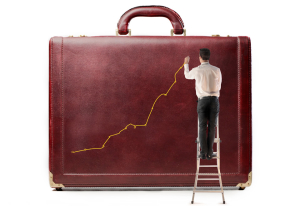 Mora is a Latin term which denotes the elapsing of time or a delay.

Mora interest accrues where payment is overdue (delayed) and no interest rate has  been agreed between the parties.

In order for a creditor to become entitled to such interest, there has to be a demand for payment made to the debtor or a due date for payment must have been agreed between the parties. From such date the creditor is entitled to charge mora interest as prescribed in  the Prescribed Rate of Interest Act 55 of 1975 (The Act).

Prior to 1st August 2014, the prescribed rate was 15.5% per annum, a rate which has remained unchanged since 1st October 1993 and which the Department of Justice has determined is no longer market related.

The South African Reserve Bank’s current repo-rate is 5.5% per annum and therefore the Department of Justice has added a margin of 350 basis points thereto. The new prescribed rate of interest is 9% per annum as of 1st August 2014.

Creditors must take cognizance of the fact that the prescribed rate  is not a variable rate, this means that the interest rate which applied at the date when the debtor was placed in mora, will always remain applicable to that debt.

The Appellate Division in Davehill (Pty) Ltd vs Community Development 1988(1) SA 290(A) stipulates that the prescribed rate at the time when interest begins to run is fixed at that time and remains constant, regardless of the fact that the Minister of Justice may from time to time prescribe a different rate.

This was confirmed in Crookes Brothers Ltd v Regional Land Claims Commission for the Province of Mpumalanga and others [2013] 2 All SA 1 (SCA), which quotes the judgement of Davehill.

Of course, where the debtor is placed in mora after 1st August 2014, the rate will be fixed at the new rate of 9% per annum.

Welcome to the Michael Matthews & Associates official blog. Let us know how you feel about our blogs and do leave a comment, your feedback is important to us.